DURHAM, N.C. – Duke University School of Medicine rose to No. 3 among 122 medical school in the nation for research – tying its highest standing – in the U.S. News & World Report annual ranking of graduate programs released today.

Duke’s medical school was previously ranked 3rd for research in 2001.

The magazine’s research rankings are based on numerous indicators, including assessment by deans and residency directors (reputation), as well as the faculty-to-student ratio, student admissions statistics such as MCAT, GPA and acceptance rates, and total federal research activity.

“These rankings recognize our outstanding faculty, staff and students and their unwavering commitment to delivering exceptional patient care, groundbreaking research and inspired teaching,” said Mary E. Klotman, M.D., dean of Duke University School of Medicine. “I am especially proud and grateful to our entire School of Medicine community for never losing sight of our core missions during this most challenging year.”

For the first time this year, the magazine also published four new rankings to measure how medical schools are performing on key health care issues, including the diversity of graduates and how many newly trained physicians plan to practice primary care, establish practices in rural areas, and work in health professional shortage areas.

Among those new measures, Duke tied for 20th nationally among 118 medical schools for the diversity of its graduates. The ranking was based on two indicators from fall 2020 data: the number of underrepresented minority students enrolled in the school and the ratio of the school’s underrepresented students to state and national numbers. Public institutions’ underrepresented minority enrollments were compared with their respective state percentages, and private institutions’ enrollments were compared with national figures.

“At Duke, we know that diversity is a key metric for excellence,” Klotman said. “Our diverse classes of students are here because they have demonstrated academic achievement, as well as noble character and the potential to be leaders and make a positive impact on our world.” 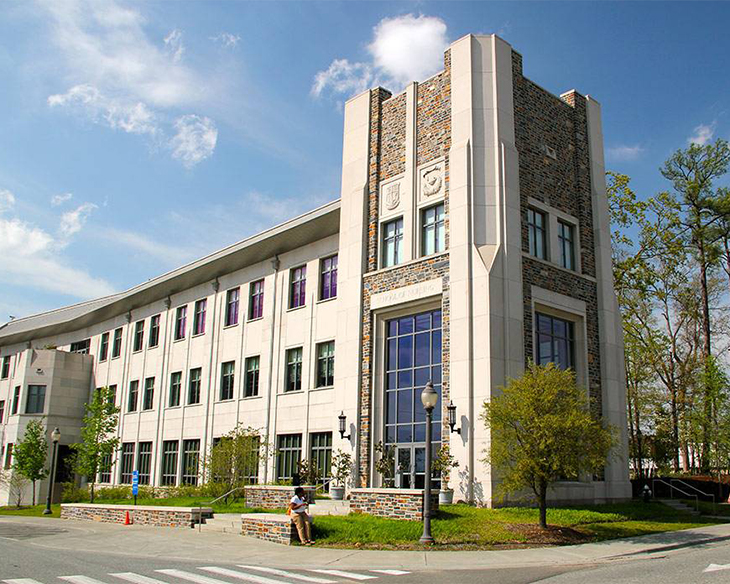 Among nursing schools, the Duke School of Nursing’s Master of Science program once again ranked highly on the magazine’s list at No. 3 nationally, and Duke’s Doctor of Nursing Practice placed 4th.

The Doctor of Nursing Practice specialty in leadership was also ranked first by U.S. News.

“We are the destination for outstanding talent and have created a community of world-class scholars that support and foster a climate of excellence in research, practice and education that is reflected in these rankings,” said Marion E. Broome, Ph.D., dean and Ruby Wilson Professor of Nursing, vice chancellor for Nursing Affairs, Duke University and associate vice president for Academic Affairs for Nursing, Duke University Health System.

“We could not maintain this high-level of contributions to the profession and discipline without the hard work, commitment and personal support of our faculty, staff, students and alumni,” Broome said. “I am proud and grateful for being a part of this exciting organization.”

This past year, Duke’s School of Medicine has also placed highly in other national assessments, including: